An assault is an attempt to either injure or frighten someone through force, threats or violence. In other words, you can be charged with an assault crime even if no one is actually touched, injured or harmed. In addition, any reasonable suggestion a weapon was involved to threaten or hurt someone can raise a simple misdemeanor offense to a major felony. To face an assault charge you need an experienced attorney who knows the ins and outs of how to build a strong defense as well as experience with how the prosecution thinks. 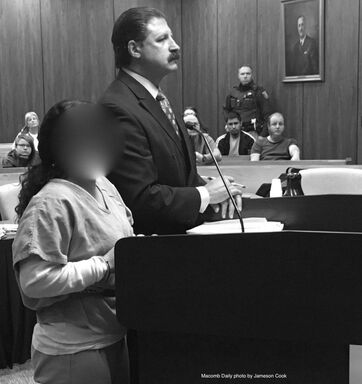 Depending on the charge, the penalty for being convicted in an assault case can range anywhere from life in prison to probation. Getting convicted of any kind of violent offense can cost you your freedom, your family, your job or your ability to legally possess a firearm. If you are accused of committing any kind of assaultive crime, you need an experienced, skilled lawyer to protect your rights in court.

Former Prosecutor Turned Aggressive Defense Attorney
Marc E. Hart is a former prosecuting attorney. He is now a Royal Oak based criminal defense lawyer with 30 years of experience handling jury trials and litigation in virtually every kind of assault case. As a prosecutor, he was specially selected to be a member of PROB, the elite unit within the prosecutor's office that investigated and prosecuted many of Detroit and Wayne County's most complex and high-profile criminal cases.

For over 20 years now, he has specialized in criminal defense. He has secured countless not-guilty verdicts and dismissals on behalf of his clients, and has negotiated favorable plea deals, charge reductions and probationary sentences for clients in both felony and misdemeanor cases throughout the State of Michigan.

At The Law Offices of Marc E. Hart, we understand that to each client, his or her case is the most important case in the world. With that in mind, we pledge to work tirelessly on your behalf.

If you need an aggressive defense attorney to defend any kind of assault charge, call The Law Offices of Marc E. Hart. We can be reached anytime day or night.
If you've been charged with a crime,
don't let the police run roughshod over your rights!